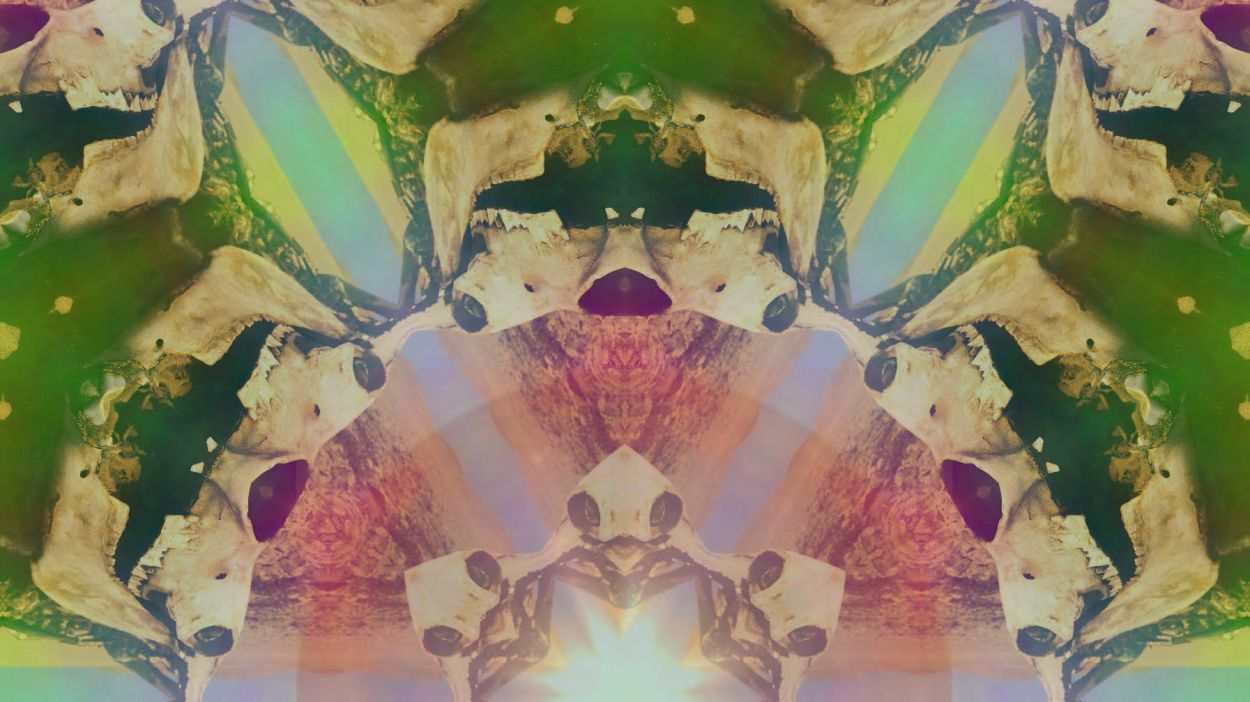 No God a Mine

A faint slint of ash over the boundary and suddenly every last coyote come knocking. You bet you can taste their stink through the pine. And they your itchy finger. Your brothers are upcountry on rumor of copper when every last yip this side of grace knows there’s none to be had. Already been stripped. No shame in eliding in a fix like this one. Not until they string you up. Make you watch the show.

A cold snap took your eldest when she was a pup and for this you count her lucky. Your Ginny goes quick but her cries live on in the canyon these men carve out of you. Annette goes slower than sand and makes as little fuss. But those eyes, their lawless skipping before they fixed to glass. Your youngest had to be torn from your breast but they had designs on him. Some tribes paid double for milk teeth. Other took a taste to the parts that hadn’t sunk yet. Or maybe we’re staring at a fresh recruit. Who’s to say. Only god, truly, but what god would let such a thing happen.

It’s well past quitting and the rust moon is still no where to be found so the wolf howls at its own damn self. What does this augur in your two-bit machine, thinking man. What infernal justification of the inevitable. Whole swaths of timber too utilitous to be permitted to haunt their stumps. The opposite was said of the unmen living here before the exodus. In blind communion with the forest and its sharpened air. Their naked language in need of a good necktie. A noose in a pinch. Didn’t take long for it to loosen and sag and by then they were singing their own graves. The free cheer made sure of that. As if such a thing could be a thing at all, queries the man of letters. The answer is of course. The answer is you look fit for a refill. The answer is the dam. It turns the river into a reservoir and this trio makes for an unentirely newfangled music. Sad and toothsome, recalled as fondly as it is faintly, it turncranks from the every last front in this here trinket town. The machine takes its bow and then its take. Just a nick on every nickel but the shooting gallery is practically minting them. Enough grain and you’ll have yourself a desert, business man. Perfect spot for a mirage. Then we find out who the real vulture is.

A spit of flint in your cub’s color reminds of sis after a mean swelter. All the sissies are down at the hole, stripped to their fur knowing damn well the bucks have clear line of sight from up on the mound. There’s one up there, Regis, who’ll one day ring your sis. All so he can work her like she’s draft. Work her down to her marrow. But those days aren’t even yolk yet. Today, he and his rut are all limb and holler as they put on their show, locking prongs until they’re slick enough to join the gals for a dip. All but the alpha play shucks at first, but soon there isn’t a dry hide in sight. Numbers mixed, both sides trot out lines and footwork picked up watching their seniors. Or their wishful impression of them, babes paddling proud in hand-me-downs two seasons after the fact has gone to fiction. And with all those humors coursing through mint bones, who could blame them? Who has the sense to reckon the silt beneath their feet? The clay beyond that, ruddy and right as the sun slumping on the yonder. Soon there will be little left of its radiance, but the soil will stay warm well into the dark.

Play abated now, they laze on the bank, ignoring the bells calling them to skedaddle on home. They witness the merry histrionics of the night sky, all those hunters and halflings tangled in their frayed yarn. They tell their own tales too, ones as starry and stupefied as those above. Your sis is going to be a linegirl at a parlor up in Hit City. One with table games and fizz on tap and plenty to go round. What could’ve put such an idea in her head? Your ma puts this on her when she’s back safe and sound, woozy on moonlight and speculation. Her answer, same as always, is to let out a long, whining gasser that brings the whole house to tears. And that’s just Sis for you. The tan of her hide, showing up a cycle and a half later in your cub. Denry, your youngest, your dearest, your thirsty little leech, nipping with such need he draws blood with his milk. Again, that color, tender and hearty both. Your sis shows up so you can lose her all over again and again and again to the powers that be. Those rotten, horsefucking powers.

What’s the point of this one, you might ask. It’s doing no good where it is, dwelling deeper than the pick can reach. But still it lives on. A seed, a thing containing everything needed for green, green life to spring forth, but sheltered by that unfeeling husk. Just a lick of rain might loose its lips but the clouds’ve had their pockets turned out for twelve turns now and no dance will bring em back. The days of dancing are done.

══════════════════
Nick Greer is a writer from Berkeley. He holds an MFA Creative Writing from the University of Arizona and publishes Territory, a literary project about maps and other strange objects, and Goodnight, Sweet Prince, a digital literary zine about side characters in movies and other media. Recent work has appeared in Gulf Coast, SURFACES.cx, and Bright Lights.